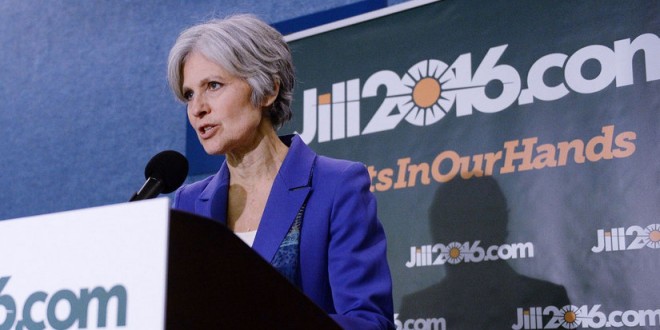 Jill Stein’s bid to seek a vote recount in three key Rust Belt states is gaining steam as pressure builds among liberals to challenge the presidential election results. The Stein campaign said it needed to raise over $2 million by Friday to pay for recounts — a goal it quickly met. The fundraising goal was then upped to $4.5 million, which it also met. The current goal is $7 million.

Stein, the Green Party nominee, and others are seeking an audit and recount of the November 8 voting results in Michigan, Pennsylvania and Wisconsin, following reports that voting security experts alerted Hillary Clinton’s campaign to the possibility of hacks in key counties in those states. “Over the last 48-72 hours, reports have come in from experts, cyber experts, who are reporting to us some very troubling news about the possibility of security breaches in voting results across this country,” Stein campaign manager David Cobb said in a video posted to Stein’s Facebook page Wednesday afternoon.

It’s an ironic twist from just a month ago, when Trump was cautioning that the election results would be “rigged” and that he may not accept the outcome. Stein, who ran as an independent, third-party candidate in 2012 and 2016, does not stand to benefit personally from the proposed recounts — she received only 1.1% of the vote in Wisconsin and less than 1% in Pennsylvania. She launched her effort after computer scientists reportedly told Clinton campaign officials that the election may have indeed been rigged — in Trump’s favor.