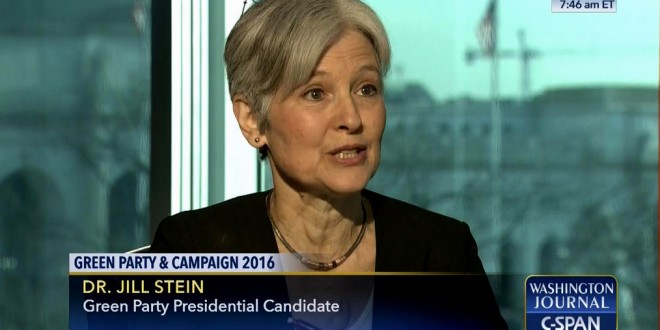 In a Facebook post on Wednesday, Stein press director Meleiza Figueroa announced that Stein would be filing a recount, though Figueroa said she “can’t let you know the details yet.”

“The green party has always been at the forefront of fights to stand up for our democracy,” Figueroa said. Stein also announced a fundraising campaign to raising money to “demand recounts in Wisconsin, Michigan, and Pennsylvania,” where the campaign claimed there are “significant discrepancies in vote totals.”

As of midday Wednesday, Stein had raised less than $10,000, nowhere near her goal of raising $2.5 million by Friday, around $500,000 less than she raised the entire election cycle. It’s unclear why Stein is raising money to spur a recount that would in theory throw the election to Hillary Clinton, whom Stein called the “queen of corruption.”