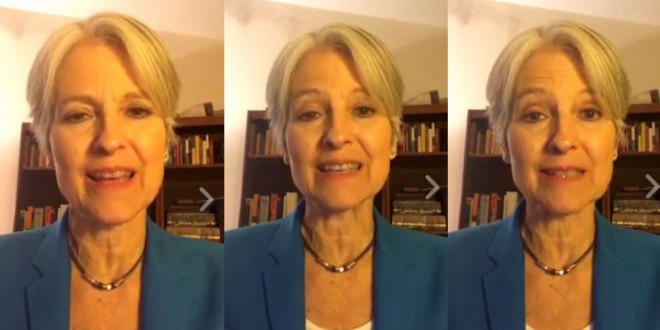 Jill Stein took to Facebook Live tonight to address her efforts to get recounts going in Wisconsin, Michigan, and Pennsylvania. “We are standing up for a voting system that we deserve,” she said, “that we can have confidence in, that has integrity and security and that we know is now subject to tampering, malfeasance, hacking, and so on.”

She referenced previous instances of hacking throughout 2016 to say that this looked like a “hack-riddled election,” claiming that “our voting machines are very open to hacking.” Stein raised questions about the possibility that voting machines in all three states could be susceptible to hacking, though both 538 and New York Times‘ Upshot have significantly pushed back on the idea.

Stein said that she wants the recounts to take place just to see if “there has been trouble,” because they won’t know for sure unless people look. She also had a list of proposals on how elections in America should be reformed, from open debates to getting rid of the electoral college to setting up a ranking system.

Stein said that as of tonight, they’ve raised over $5 million of the $7 million that they need for all three states. Stein’s website, as Mediaite’s sister site LawNewz pointed out earlier, said they can’t guarantee money will go to the recounts and the initial sum they asked for was $2.5 million.