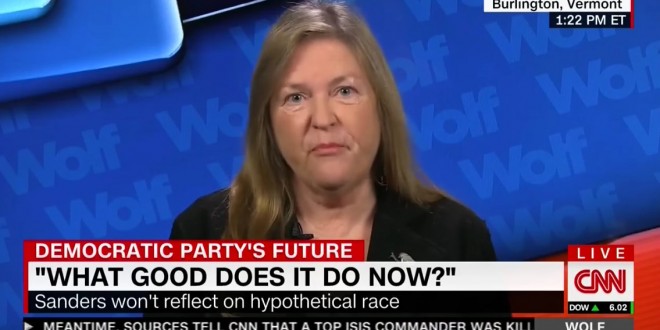 Jane Sanders, the wife of Hillary Clinton’s top rival for the Democratic nomination during the primary campaign, thinks the Democratic Party needs to move left to succeed. Her husband, Bernie Sanders, “absolutely” had a better chance to defeat Donald Trump than Clinton, she told CNN’s Wolf Blitzer Friday, pointing to how well Sanders performed in the primaries, “despite all the irregularities,” as evidence,