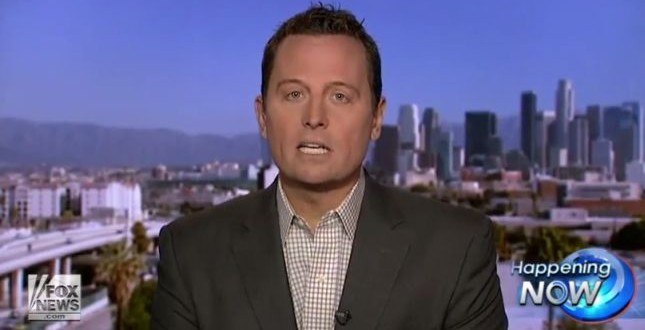 Back in 2012, homocon Richard Grenell spent about ten minutes on the Romney team until anti-LGBT hate groups hounded him out of the job. We’re guessing he won’t get that same treatment this time around. The Chicago Tribune reports:

His nascent administration already under attack, President-elect Donald Trump was considering Monday whether to inject new diversity into the GOP by recommending a woman to lead the Republican Party and an openly gay man to represent the United States at the United Nations.

The moves, among dozens under consideration from his transition team, follow an intense and extended backlash from Trump’s decision on Sunday to appoint Steve Bannon, a man celebrated by the white nationalist movement, to serve as his chief strategist and senior adviser.

The president-elect was considering tapping Richard Grenell as U.S. ambassador to the United Nations. If picked and ultimately confirmed by the Senate, he would be the first openly gay person to fill a Cabinet-level foreign policy post. Grenell previously served as U.S. spokesman at the U.N. under President George W. Bush’s administration.

At the same time, Trump is weighing whether to select Michigan GOP chairwoman Ronna Romney McDaniel, a niece of Trump critic and 2012 presidential nominee Mitt Romney. She would be the first woman in decades to run the Republican National Committee.

Our current UN ambassador is the fabulous Samantha Power, who has been a passionate advocate for LGBT rights overseas. That, of course, will come to a screeching halt whether Grenell gets the gig or not.

Previous Breitbart: Buy Your Woman A Gun On Black Friday
Next Trump Flip-Flops On The Electoral College