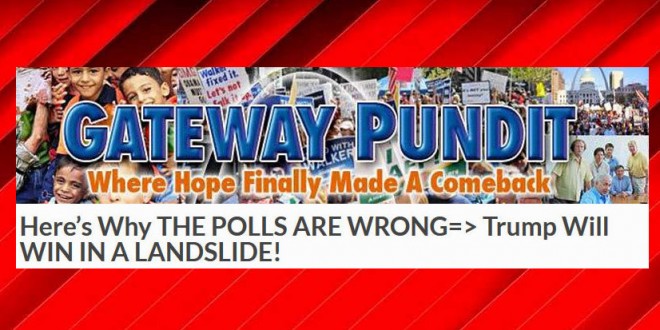 Homocon Jim Hoft: Trump Will Win In A Landslide

From the website of homocon Jim Hoft, also widely-known as the Stupidest Man On The Internet:

The pollsters say those states are a toss-up. But they’re wrong. Here’s why: Pollsters are wrong on the percentage of white voters relative to other voting groups. Pollsters are ignoring the increased Republican turnout this year. Pollsters are underestimating the numbers of Democrats voting for Trump – the “Trumpocrats.”

Statespoll.com has gone state-by-state and adjusted the polls for these factors. Each day, they publish realistic numbers for key states. Bottom line: When you adjust the polls for real voters in 2016, you get very different results. You get: Trump: 315 electoral votes, Hillary: 200, Toss up: 23. That’s what real polling numbers show. They’re showing a Trump landslide!