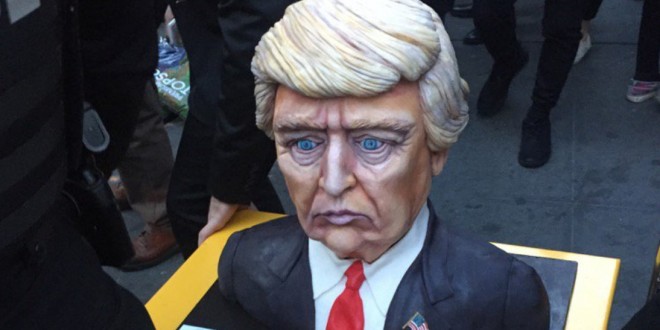 If you haven’t been on Twitter in the last hour, you’re missing out on what will surely be a full night of #TrumpCake memes. The Hill reports:

A cake of Donald Trump was spotted being wheeled into Trump Tower on Tuesday afternoon, according to an ABC News reporter. The cake is sculpted to look like the Republican presidential nominee. Some took to social media to mock the cake’s portrayal of the GOP nominee. Trump tweeted Tuesday that he would be watching the election results from Trump Tower in Manhattan with his “family and friends” ahead of an election night party at the New York Hilton Midtown. “Very exciting!” the GOP nominee tweeted.

Previous OPEN THREAD: Tells Us About Your Time At The Polls
Next OPEN THREAD: Early Results And Projections Arrive