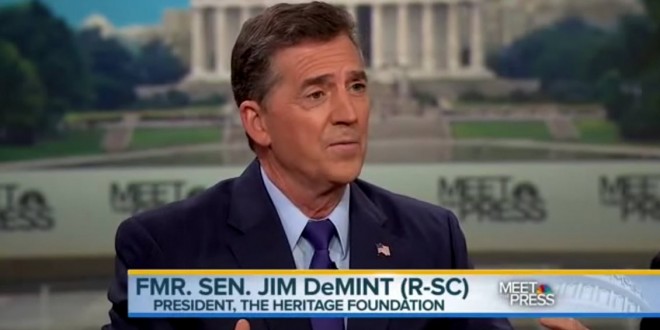 But only if Hillary wins, of course. The Hill reports:

The conservative group Heritage Action is pushing Republican senators to keep the Supreme Court at eight justices if Democrat Hillary Clinton is elected president. In a Thursday morning briefing at the Heritage Foundation’s Washington headquarters on Capitol Hill, the group said Republicans should embrace the idea of leaving the Supreme Court without its ninth justice, perhaps for as long as five years.

Dan Holler, Heritage Action’s vice president of communications and government relations, signaled that this year’s Republican blockade of President Obama’s nominee, Merrick Garland, is just the beginning of a fight that could last the entire first term of a Clinton presidency. “You’ve seen John McCain and others talk about the need to not confirm any liberal nominated to the Supreme Court,” Holler said. “That’s exactly the right position to have.”

It’s “unacceptable,” he added, for moderate Republican senators to roll over and allow a President Clinton to shift the court radically to the left. Holler said the obstruction of any Clinton Supreme Court appointee is going to require “an immense amount of willpower” from Senate Republicans.