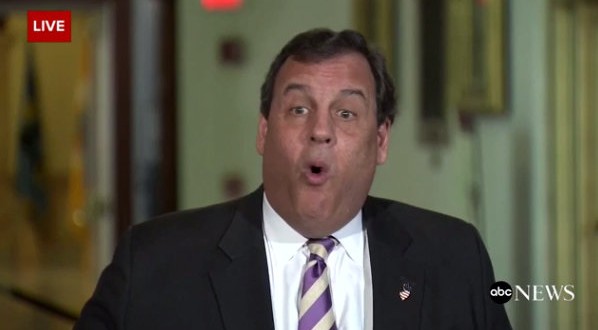 New Jersey Gov. Chris Christie this morning called off today’s press conference and instead said it would be a “press announcement.” The change sparked widespread rumors that he would be resigning even though Trump has apparently passed him over for any job, but no. The Associated Press reports:

New Jersey Gov. Chris Christie has announced plans to completely renovate the state house. Christie said Tuesday that staff will be moved into other office space in Trenton by July for a four-year, $300 million project. Parts of the building date to the 18th century.

He says the current condition of the state house is shameful and hasn’t had a major upgrade since 1958. He says that the part of the building used by the executive branch doesn’t have fire sprinklers and there are a number of code violations.

Christie says the state house shouldn’t be the symbol of government in the state and workers and tourists shouldn’t have to worry about being unsafe in the building. Christie has not held a news conference in about two months.

Gov. Chris Christie: For those who wanted me to step down, “sorry to disappoint you” https://t.co/cMbhHWZSwC https://t.co/5Qnc7FQ7qs