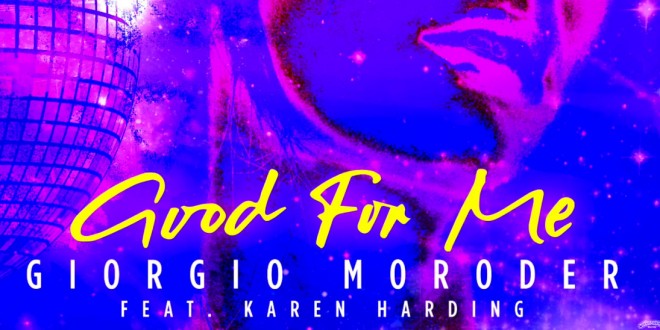 Giorgio Moroder – Good For Me [AUDIO]

At 76 years young, Giorgio Moroder isn’t slowing down. The disco pioneer is following the success of his 2015 comeback album Déjà Vu by gearing up for more and more new music. EW has the exclusive premiere of Moroder’s new single “Good for Me,” released Thursday, with singer Karen Harding handling vocal duties.

“My goal is to make music that will make people want to dance, nothing else,” Mororder tells EW via email. “When I first met Karen, I couldn’t believe how young and talented she is! She was so excitable! The studio atmosphere was very fun. … When I heard her voice, and met her in person I knew it would be perfect. She is a talented girl, radiating beauty inside and out.”

This is the Oscar- and Grammy-winning musician’s first release since returning to Casablanca Records earlier this year. He produced Donna Summer’s “I Feel Love” in 1977 and released his acclaimed debut From Here to Eternity the same year — all for the label.