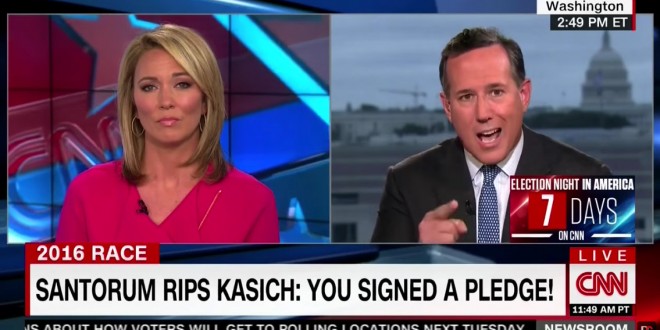 Former Republican presidential candidate Rick Santorum on Tuesday called into question the “character” of John Kasich after the Republican governor of Ohio followed through with his promise not to vote for Donald Trump. While speaking to CNN’s Brooke Baldwin, the socially conservative senator explained that he was supporting Trump even though he did not agree with some of the candidate’s words and actions.