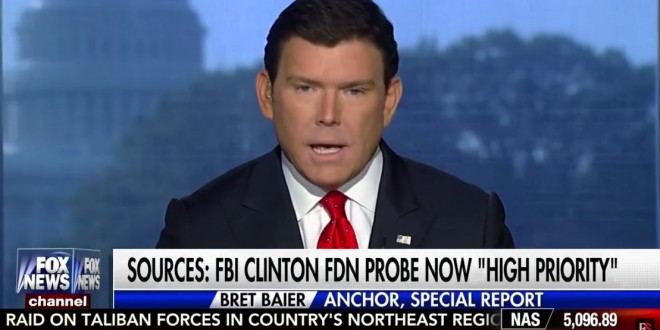 Fox News anchor Bret Baier admitted on Thursday that he had been wrong when he reported that Hillary Clinton would “likely” be indicted by federal authorities, a claim that sent conservative websites into a frenzy.

“I want to be clear — I want to be clear about this,” he explained. “I pressed the sources again and again what would happen [if Hillary Clinton wins]. I got to the end of that and said, ‘They have a lot of evidence that would likely lead to an indictment.’”

“But that’s not, that’s inartfully answered,” Baier continued. “That’s not the process. That’s not how you do it. You have to have a prosecutor. If they don’t move forward with a prosecutor with the DOJ, there would be, I’m told, a very public call for an independent prosecutor to move forward.”

“There is confidence in the evidence, but for me to phrase it like I did, of course that got picked up everywhere, but the process is different than that.”