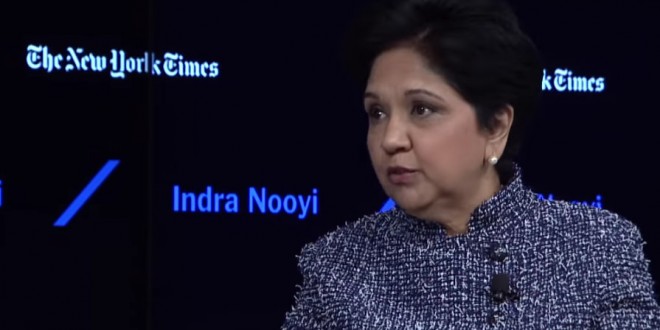 Yesterday the Family Research Council joined a growing call to boycott Pepsi over false claims that the company’s CEO has denounced Donald Trump and his supporters. The story has largely been fueled by homocon blogger Jim Hoft. Fortune reports:

PepsiCo is the the latest major corporation targeted by online boycotts as a result of election comments. But in this case, the boycott was inspired by false reports—incendiary, anti-Trump comments that Pepsi CEO Indra Nooyi never actually said.

The problem? Nooyi never said any of that—not even close. When Nooyi walked out onto the Times‘ DealBook conference stage, some of her first comments were about the election. Here’s what she said exactly:

“First of all, I want to congratulate President-elect Donald Trump because the election is over. We should mourn for those of us who supported the other side. But we have to come together and life has to go on.”

Nooyi went on to explain that she also found herself answering questions from her daughters, employees—in particular employees of color, women and members of the LGBT community—who were asking ‘Are we safe?’

“I never thought I’d have to answer those questions. The first thing we all have to do is to assure everybody in the United States that they are safe. Nothing has changed because of this election.”

For what’s it is worth, Nooyi never publicly backed a presidential candidate and never personally gave money to either campaign. She did vote, but hasn’t disclosed how she voted. Still, right-leaning websites are spreading false statements, and users on Twitter and Facebook, including the actor James Woods, are recirculating the falsehoods.

We won an election against all the odds. We can make boycotts work, too. #BoycottPepsi #TrumpHaters pic.twitter.com/uMWq1cbCZr