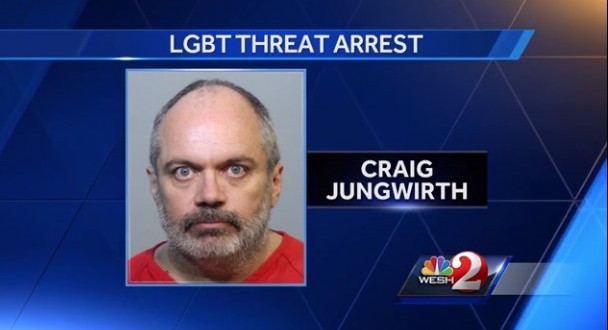 Federal prosecutors are confident that former Wilton Manors resident Craig Jungwirth used Facebook to threaten to “exterminate” gays and lesbians in South Florida, but they can’t tell yet which account he used to issue the ominous statement. Jungwirth had 59 different accounts, Assistant U.S. Attorney Marc Anton told a federal judge during a hearing Monday. Investigators became aware of the threat on Aug. 30, when a tipster sent a screenshot of the threat to the FBI.

According to that screenshot, the threat came from Jungwirth. But when investigators executed a search warrant on one of Jungwirth’s accounts, they were unable to locate the post. “At this point we have not been able to identify the specific account from which the threat was sent,” Anton told U.S. Magistrate Judge Patrick Hunt. Additional warrants are needed to go through the other accounts, Anton said.

Jungwirth, 50, has been charged with making an online threat and faces up to five years in prison if convicted. The trial is scheduled to begin Nov. 14. Jungwirth’s lawyer, Michael Spivack, said Monday he was baffled by what he called the government’s inability to tie the threat to his client. “Is that all they have, really?” Spivack said, holding up a copy of the screenshot. “It doesn’t even have my client’s photograph!”