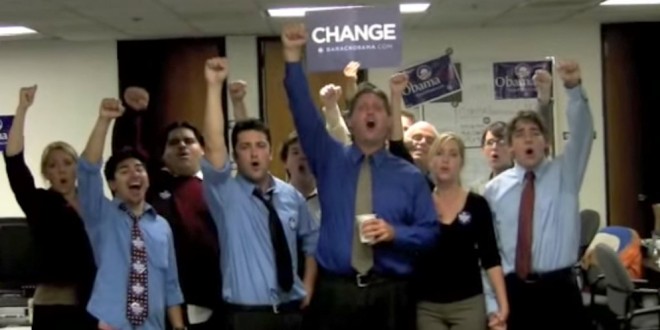 On the final day before Election 2016, many on Twitter are quoting lines from the Les Miserables anthem, One Day More. And that reminds me of one of our favorite moments from the closing days of the 2008 Obama campaign, when members of the Los Angeles-based Ultimate Improv troupe went viral with their lip-synced performance of the song from the 1985 cast album. The clip was, of course, ridiculed as proof that “effete urban metrosexual liberal elites” made up the bulk of Obama supporters. Because sure! Watch below.

One day more
Another day, another destiny.
This never-ending road to 270… pic.twitter.com/3LgYdpFJhP

I've been waiting nearly two years to do this: hum "One Day More" on the way to work