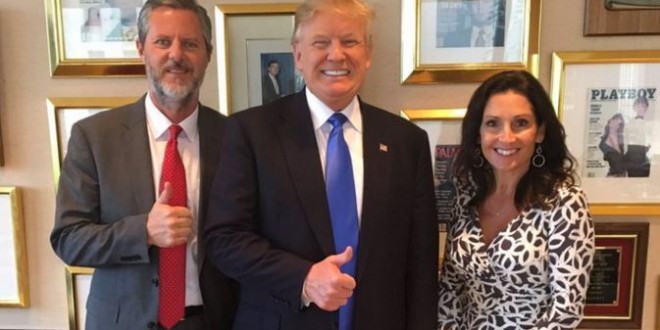 Liberty University President Jerry Falwell Jr. says President elect-Donald Trump offered him the job of education secretary, but that he turned it down for personal reasons.

Falwell tells The Associated Press that Trump offered him the job last week during a meeting in New York. He says Trump wanted a four- to six-year commitment, but that he couldn’t leave Liberty for more than two years.

Falwell says he couldn’t afford to work at a Cabinet-level job for longer than that and didn’t want to move his family, especially his 16-year-old daughter. Trump announced Wednesday he had selected charter school advocate Betsy DeVos for the job. Falwell says he thinks DeVos is an “excellent choice.”

DeVos and her family have donated millions of dollars to anti-LGBT hate groups.