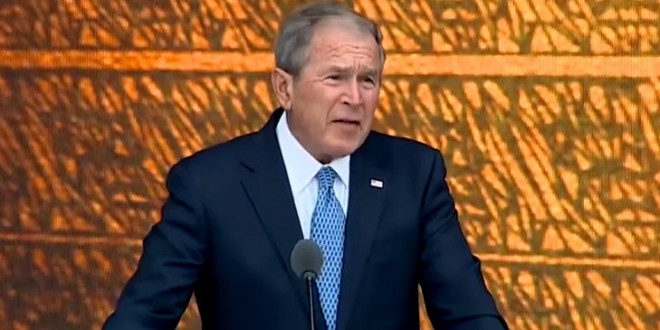 Former President George W. Bush lamented the role of “anger” in politics after the grievance-fueled victory of Donald Trump, expressing a worry that the emotional response could unfortunately “drive policy.”

Speaking in his hometown of Dallas and for the first time since Trump won a week ago, Bush did not directly critique his successor as a Republican president. But his comments, which came as he stressed the importance of free trade — a position not shared by Trump — seemed intended to rebuke the protectionist message unfurled to his party at rallies nationwide for the last two years.

“I understand anger, and some people may have been angry when I was president. But anger shouldn’t drive policy,” Bush said. “What needs to drive policy is what’s best for the people who are angry.”

Bush has been a quiet critic of Trump, declining to endorse him after he won the Republican presidential nomination but not speaking out publicly about his differences with the nominee. He did not vote for either Trump or Hillary Clinton on Election Day.