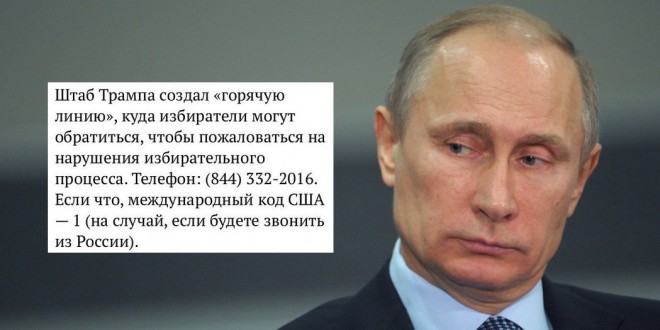 Readers of the popular news website can follow an election-day live blog. As a service to its audience in the United States, Gazeta.ru shared the phone number for Donald Trump’s hotline, set up to collect reports of voting violations. Strangely, the website thought the information might also be useful to people living in Russia, far removed from America’s actual voting.

The television news network Rossiya-24 has correspondents reporting throughout the day from polling stations across the United States. Whenever the station airs one of these segments, viewers are treated to a small graphic reporting the time remaining until the first polls close. This level of detail about an election process was absent just two months ago, when Russia held its own nationwide parliamentary elections.