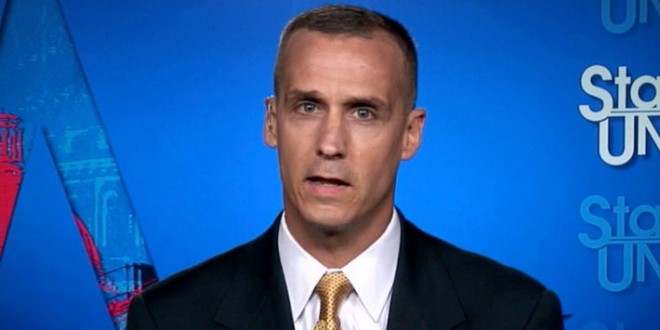 Corey Lewandowski: Comey’s Letter Won It For Us

The FBI’s controversial decision to re-examine Hillary Clinton’s emails enabled Donald Trump to win the election, his former campaign manager has claimed. Corey Lewandowski, who is expected to be offered a key position in the Trump administration, described the move as “amazing” and said it gave the Republican candidate the “spring in his step” he needed to win the race.

The FBI had come under intense criticism for its decision to resurrect the investigation in the eleventh hour, as Democrats said it breached impartiality rules and tipped the odds in Mr Trump’s favour. “With eleven days to go, something amazing happened,” Mr Lewandowski said in a speech at the Oxford Union debating society on Wednesday evening. “The FBI’s director James [Comey] came out on a Friday and he said they may be reopening the investigation into Crooked Hillary’s emails.

“What that did was remind people that there are two different rules in Washington – those of the elites, and the privileged and those for everybody else. When Comey moved forward with that investigation… it allowed the campaign a little spring in their step, and for them to redouble their efforts.”