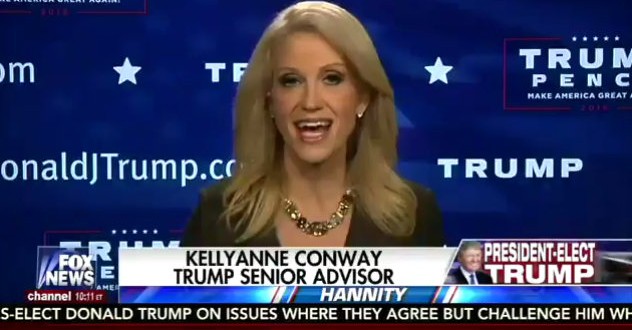 Kellyanne Conway — the third campaign manager for Donald Trump who took the underdog effort from floundering confusion to the heights of political victory this year — has just about had it with you and your PC safe space childish protests.

Conway appeared on Hannity Wednesday night to discuss the wave of anti-Trump sentiment that has arisen in communities in this country, specifically college students who — in some places — are receiving class credit or special treatment in the aftermath of the shocking election results.

“We’re treating these adolescents and Millennials like precious snowflakes,” she told host Sean Hannity. “What’s the worst that can happen to these Millennials?” Conway continued. “That Donald Trump will make good on his promise to create 25 million news jobs?”