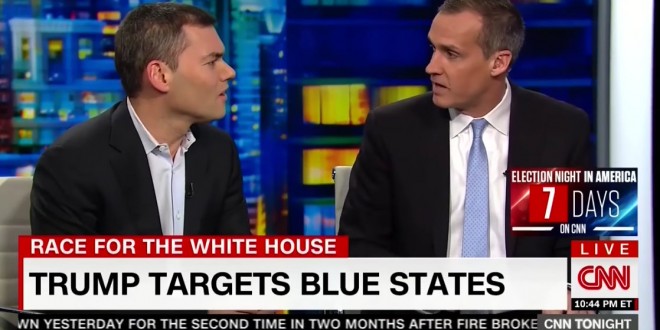 CNN Guest Drops The Mic On Lewandowski: Listen, I’m Not Getting Paid By One Of The Candidates [VIDEO]

Journalist Peter Beinart and former Donald Trump campaign manager Corey Lewandowski got into a big fight on CNN tonight after Lewandowski trotted out one poll that shows Trump doing well with minorities in one swing state. Beinart bewilderedly asked him why he would rely on one poll instead of an average of all the polls.

Lewandowski and Kayleigh McEnany both insisted those numbers mean something (even though it’s not an aggregate). Beinart pushed back, argued with Lewandowski, and told him, “Don’t give me this nonsense, okay?” They kept going back and forth over the one poll versus the aggregate before Beinart exclaimed, “Corey, listen, I’m not getting paid by one of the candidates, okay?!”