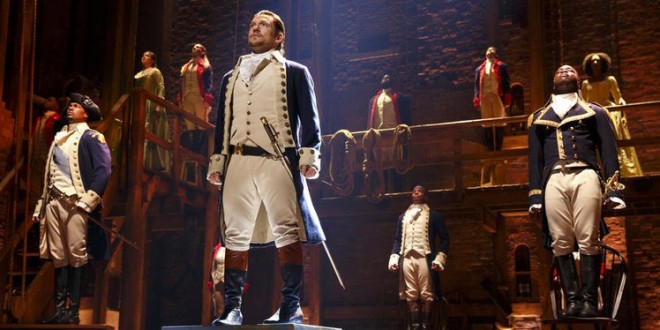 CHICAGO: Drunk Trump Fan Ejected From Hamilton After Screaming “We Won! You Lost! Fuck You!”

Broadway World has learned that a Trump supporter interrupted the Saturday evening performance of Hamilton in Chicago. An audience member seated in the balcony allegedly shouted “We won! You lost! Get over it! F*ck you!” during the number “Dear Theodosia.”

One Twitter user who attended the show alleges that the audience member also shouted profanities and had an altercation with security before being removed from the auditorium. One Facebook user wrote “At the end, the performers were crying… so was I. They didn’t break characters once. They still sang their hearts out.”

If you perform a quick online search at Stubhub you find balcony tickets for Hamilton in Chicago are going for over $200 a piece. We are supposed to believe a TRUMP supporter spent that kind of money only to stand up and start screaming at the cast? Sorry. Once again, I am not buying it. With all of the fake hate incidents being reported by the left you have to question these reports by the corrupt media. It is more likely a Chicago bird-dogger was behind the stunt than a Trump supporter.

Previous REPORT: Melania Won’t Move To The White House So Son Can Continue Attending School In Manhattan
Next Secretary Of State John Kerry Reaffirms Support For Trans Rights On Transgender Day Of Remembrance