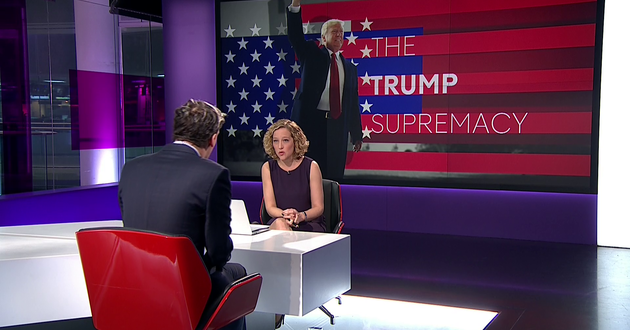 BRITAIN: Homocon Milo “Goes Down Like A Bucket Of Cold Sick” As Channel 4 Host Eviscerates Him [VIDEO]

Milo Yiannopoulos, the self-styled poster child of the ‘alt-right’ movement, has gone down like a bucket of cold sick after a tense televised encounter with Channel 4 News’s Cathy Newman where he claimed the wage gap and university rape culture is “not real”.

The Breitbart News senior editor brought his right-wing schtick to the broadcaster in the aftermath of his boss, Steve Bannon, being handed a plum role as Donald Trump’s chief strategist – leading US politicians to raise the alarm over a “white nationalist” entering the White House.

Yiannopoulos – who is banned from Twitter amid a racism row – was confronted by the journalist over his brand of say-anything commentary, and in particular his contrary definition of feminism.

This is the moment Milo Yiannopoulos is challenged on @BreitbartNews headlines and so-called “post-truth politics.” pic.twitter.com/9v9wRVBz5r