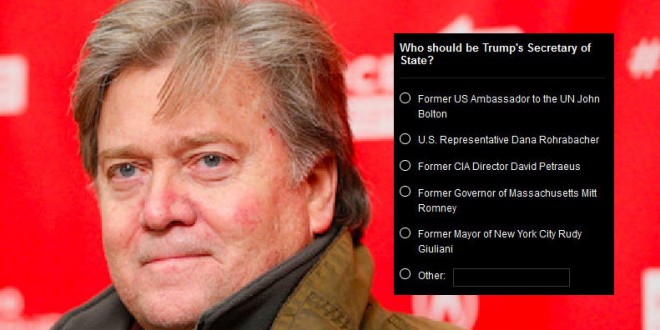 The next elimination round of Celebrity Apprentice: White House Edition has begun. Via Breitbart:

President-Elect Donald Trump has not yet announced his pick for Secretary of State, though the press has speculated on several prospective candidates. You, the Breitbart reader, were instrumental in Trump’s election victory and the continuing rise of America’s nationalist-populist movement. We want to know who you would prefer to serve as the country’s chief diplomat.

You know Trump is watching this.