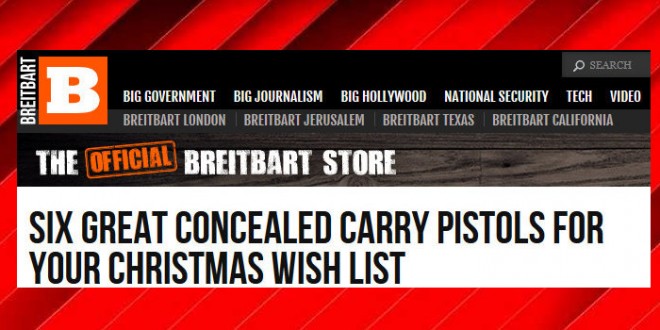 Breitbart: Buy Your Woman A Gun On Black Friday

With Black Friday quickly approaching and gun sales on an 18-month record breaking streak, Breitbart News believes the timing is right to point out six great concealed carry pistols for your Christmas list. Being pistols, the guns on the following list all share one thing in common–they are semiautomatics. Beyond that, some are very compact and light and hold only a few rounds–seven or eight–and others,while still compact, are a bit larger and consequently hold twice as many rounds as their smaller counterparts. Regardless of the size and caliber that most appeals to you, another common thread with the guns below is their dependability. They are extremely reliable firearms, and all of them have found mass appeal among concealed carry permit holders around the country.