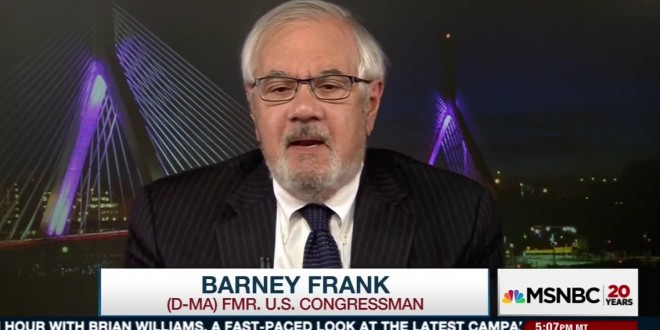 “Scalia wrote the opinion, he was very strongly on the other side of [flag burning], and he cited Scalia as his favorite justice. I think there was a pronunciation problem there. You know, Scalia was actually the leading advocate of fag burning, not flag burning.”

“That’s not funny,” Chris Matthews said, laughing. Scalia once said if he were king, he “would not allow people to go around burning the American flag.”

Previous Trump Vows To “Leave My Great Business”
Next ROMANIA: Constitutional Court To Consult With European Court Of Justice On Same-Sex Marriage Case