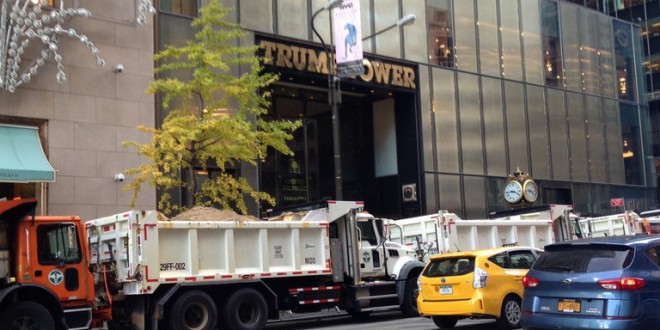 The NYPD is helping the Secret Service ramp up security outside Trump Tower on Fifth Avenue this afternoon to levels befitting the president-elect, according to an NYPD spokesman. In addition to the row of Sanitation Department trucks parked end to end outside the tower since Tuesday, police have placed white concrete barriers emblazoned with the NYPD logo across 56th Street at the eastern intersection of Fifth Avenue. “Security gets revved up,” the NYPD spokesman said. As for the barriers, “They stop vehicles from ramming into the location and blowing it up with explosives.”