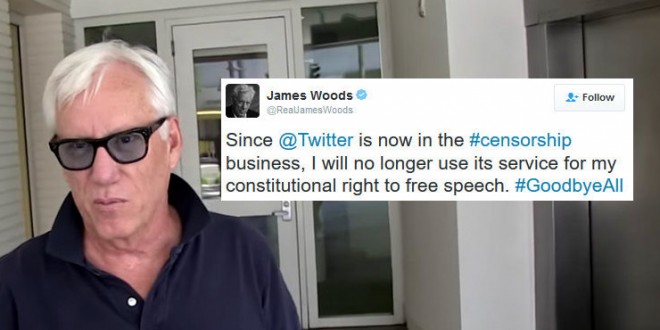 As Twitter launches its crackdown on the alt-right, actor James Woods has announced that he’s quitting the website in protest of their “censorship.” On his profile, Wood’s bio now reads “Twitter has now sadly abdicated its position as a sole beacon of free speech. Voltaire’s famous dictum has been quietly buried by these left wing savages.”

Woods’ tweet refers to describes to the news that Twitter was increasing their efforts to stop online abuse and the use of hate speech. Several prominent members of the alt-right have had their accounts suspended recently, which has led to pushback from those who have been targeted.

Since @Twitter is now in the #censorship business, I will no longer use its service for my constitutional right to free speech. #GoodbyeAll pic.twitter.com/bismJDb3wh