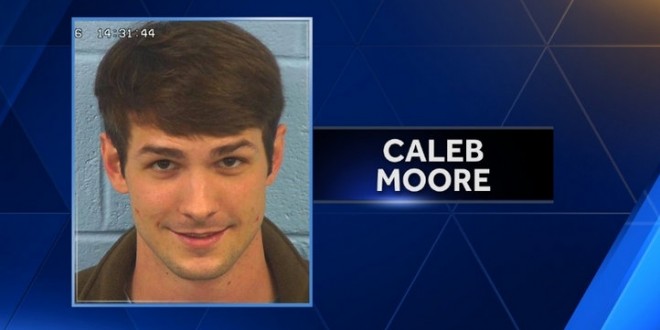 Multiple drug and DUI arrests, but somehow he’s never been sentenced to jail. From the Alabama Political Reporter:

Caleb Moore, son of suspended Alabama Supreme Court Chief Justice Roy Moore, was arrested over the Thanksgiving holiday weekend – his eighth arrest in the last five years. Caleb Moore’s mugshot and booking information were posted on the Gadsden Times website, as part of the usual arrest photos local newspapers publish. However, Moore’s photo carried no information about the charges against him. A call to the Etowah County Sheriff’s Office seeking information about the arrest was not returned.

A source familiar with the arrest told APR on Sunday that Moore had been arrested for trespassing and hunting without a license. It is the latest in a long line of arrests for the 25-year-old, dating back to 2013, when he was arrested for third-degree domestic violence in Troy. A few months later, he was arrested in St. Clair County on possession of drug paraphernalia and given a three-month suspended sentence. He was also ordered to attend a drug rehab clinic, where he later tested positive for drug use. A judge ruled he met the conditions of his treatment plan.