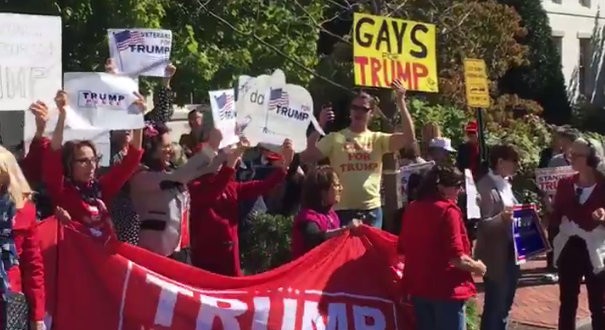 The day after the second presidential debate and coming on the heels of the fallout from GOP presidential nominee Donald Trump’s “grab ’em by the pussy” remarks, a pro-Trump protest convened at Republican National Committee headquarters in Washington, D.C. The organizer of the protest, Virginia Trump campaign chair Corey Stewart, was apparently fired from his position shortly after the it was over.