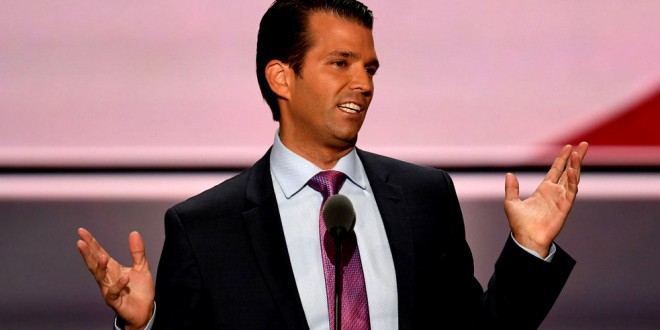 The comments came in a March 2013 episode of The Opie and Anthony Show, during a discussion of whether women should be allowed in all-male golf clubs. And they offer a glimpse of the family’s perspective on workplace sexual harassment at a moment when the elder Trump’s conduct toward women inside the workplace and out has become the center of the presidential campaign.

A host interjected that women “complain, ‘it’s harassment’ — that’s why we hate having them around. They stop us from doing what we want to do.”

“I’m of that mindset — and I’ll get into trouble, I’m sure I’ll get myself in trouble one of these days,” Trump began. “If you can’t handle some of the basic stuff that’s become a problem in the workforce today, then you don’t belong in the workforce. Like, you should go maybe teach kindergarten. I think it’s a respectable position.

Hit the link for audio of the interview.