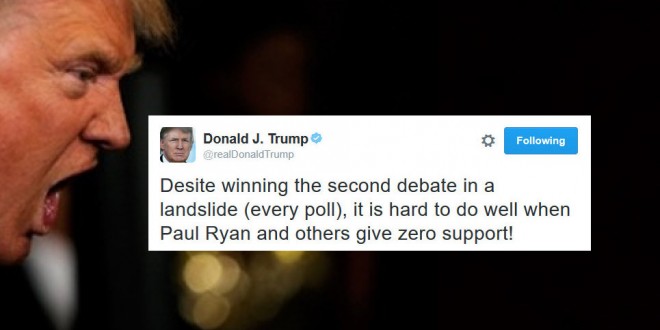 Trump: I Won All The Debate Polls (He Won None)

This morning Donald Trump tweeted the above message and as per usual it’s completely false:

But in addition to Trump’s deficit — which is actually smaller in the POLITICO/Morning Consult poll than in some other public surveys — there are other warning signs for Republicans. Democrats have a five-point on the generic congressional ballot, 44 percent to 39 percent. Three-quarters of all voters, and 76 percent of Republicans, say the GOP is divided today, compared with only 10 percent who say it is united.