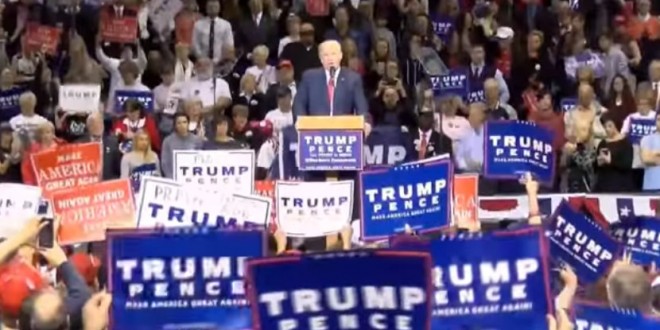 Republican nominee Donald Trump appears to be in full-on burn it all down mode these days, launching attacks at his political rivals, his own party leaders, and of course, his favorite target: the media.

Trump’s love-hate relationship with the press is hardly new; he’s been throwing elbows at the media since the start of his campaign. And during a campaign stop yesterday in Wilkes-Barre, Pennsylvania, Trump took aim at CNN directly, laughing along as his crowd vociferously chanted, “CNN sucks! CNN sucks!”.

“I get why people criticize the media; often, it is with good reason,” said New Day anchor Chris Cuomo Tuesday. “But I think this is very high on the list of irresponsible things the guy has done,” he offered to agreement of his fellow CNN counterparts.

“This is much, much worse than what we’ve seen in the past,” pointed out Brian Stelter. “Donald Trump is routinely lying to his supporters about the media.” CNN’s Bill Carter called out the “mob mentality,” that has developed among fervent Trump fans against the press.

Previous Trump: I Won All The Debate Polls (He Won None)
Next Joseph Gordon-Levitt Songifies The Debate [VIDEO]