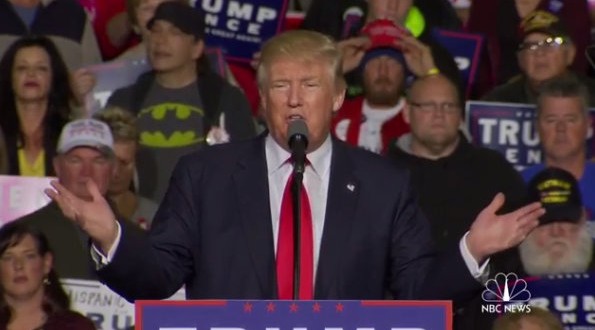 Trump: Cancel The Election And Give It To Me [VIDEO]

“In just thinking to myself right now, we should just cancel the election and just give it to Trump right?” Trump said. “Why are we even having it for? What are we having it for? Her policies are so bad. Boy, do we have a big difference.”

.@realDonaldTrump has a complete disregard for democracy: We should
“cancel the election and just give it to Trump.” pic.twitter.com/Zl75BLjnYl

Previous James O’Keefe Tells Nutjob Alex Jones: There Will Be A Literal Revolution If The Election Is Stolen [VIDEO]
Next OREGON: Bundy Militants Found Not Guilty [VIDEO]