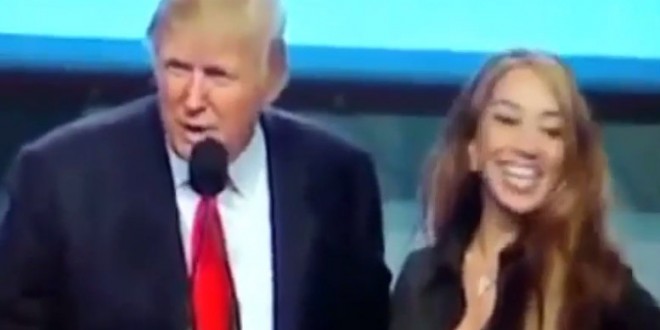 Trump In 2007: Hot Women Are My Alcoholism, I Like To Hire Teenagers If They’re Hot Enough [VIDEO]

Donald Trump claims to only hire the “best people,” but also boasted once of hiring a teenager with no experience just because she was beautiful.

In video taken of Trump giving a paid Learning Annex speech in 2007, the Republican presidential candidate — currently accused of groping as many as 11 women against their will — said he insisted on hiring “a beautiful girl, 17 or 18, so beautiful” as a waitress even though she had no work history.

He also told the crowd that hot women are his “alcoholism” and that having one near him was like setting a glass of Scotch in front of a drunk. The cringe-worthy moment began when a woman in the audience asked Trump how many jets he owned and how she could apply to be a flight attendant.

Trump, leaning over the podium, demanded she come up onstage — as wolf whistles and loud cheers erupted from the men in the crowd. Video of the 2007 event shows the woman, who introduced herself as Juliet, crossing the stage as Trump leers at her low cut blouse and ample cleavage.

After giving her a blatant once over when she arrives at the podium, the married Trump wraps an arm around her squeezes and says, “You’re hired.” The macho-man exchange occurred at a San Francisco Learning Annex talk that Trump was reportedly paid $1.5 million to give.