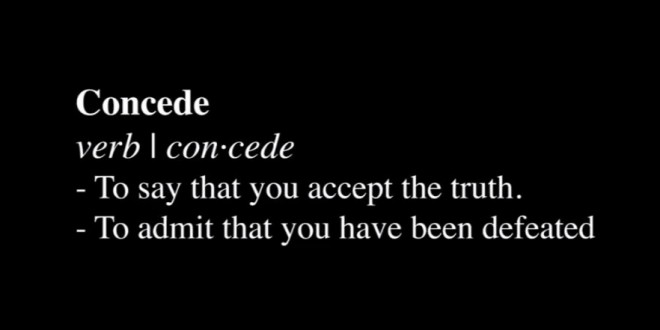 This evening the Democratic Coalition Against Trump, the nation’s largest grassroots anti-Trump organization, released a powerful ad attacking Donald Trump for refusing to say he’d accept the results of the election. The organization, well known for its rapid-response operation, began making the ad just minutes after Trump said he wouldn’t commit to concede if he loses.

“We knew right away that Trump’s shocking refusal to say he’d accept defeat in the election would be the biggest story coming out of the debate, and rightly so. The peaceful transition of power is a cornerstone of our democracy,” said Nate Lerner, the Coalition’s Executive Director.

The organization plans to push the video to its more than 120,000 supporters and will invest heavily in targeted ads on social media to ensure that undecided voters in swing states see it. They plan to reach over a million undecided voters by the weekend.

“As this ad illustrates, every losing presidential candidate in the history of our democracy has graciously conceded to the victor. Trump’s refusal to do so is extremely dangerous and should immediately disqualify him to be President,” added Jon Cooper, Chairman of the Democratic Coalition Against Trump.