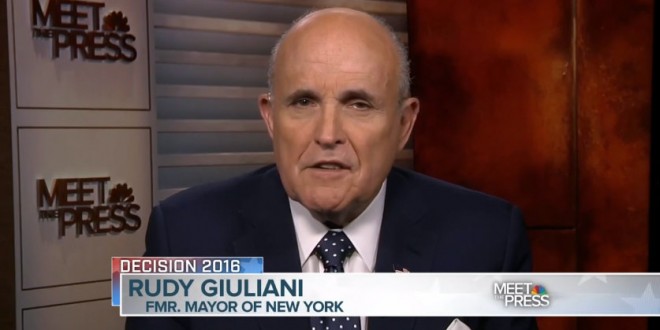 Former New York City Mayor Rudy Giuliani struggled to defend Donald Trump against suggestions of sexual harassment and assault during a series of uncomfortable interviews Sunday morning, amid the uproar over a 2005 video in which Trump made lewd comments and suggested he could grab women against their will because he is a celebrity.

“You’re saying that the words are wrong. How about the actions?” Chuck Todd asked Giuliani on NBC’s “Meet the Press.”

“Well, the actions would be even worse if they were actions. Talk and action are two different things,” Giuliani said.

Giuliani was pressed on that point during a separate interview on ABC’s “This Week.” During that conversation, Giuliani appeared to acknowledge that Trump’s description during the conversation suggested sexual assault.