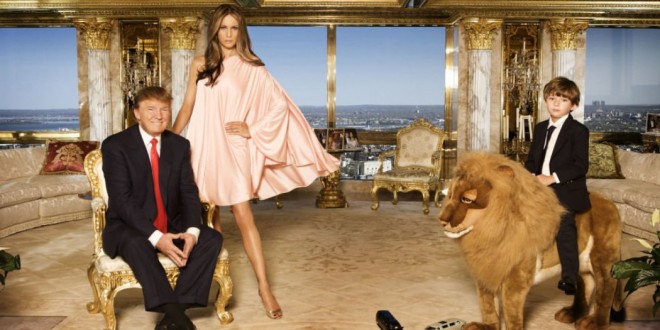 Donald Trump has repeatedly shown his true colors on the campaign trail – and blue has definitely not been one of them. The billionaire mogul claimed Monday – during his first public appearance since a bitter debate with Hillary Clinton the prior evening – that he saw himself as a “blue collar worker.”

“I treat them with dignity … there are great people,” the GOP nominee added, forgetting to mention the billions he made – and lost – throughout his career as a real estate magnate.

Trump has never worked in any capacity that could, under any conventional definition, be interpreted as “blue-collar” labor. On the contrary, the mogul began his own business endeavors with the help of a loan of at least $1 million from his wealthy father. In addition, Trump reportedly blew through his allowance at least once and had to get his rich daddy to bail him out in the 1970s with $8.5 million in loans.

At a speech today in PA, Trump said he considers himself “a blue collar worker, in a way.” Right. That’s like me claiming I’m a ladies man.