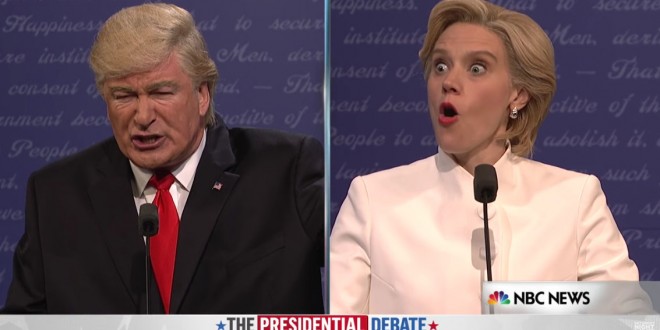 Even after he accused them of “rigging” the election against him, Saturday Night Live wasn’t going to go easy on Donald Trump. The show took on the Republican presidential nominee in this weekend’s cold open, which focused on the third and final debate on Wednesday. Naturally, universally beloved Tom Hanks (who was hosting this weekend’s episode) was tapped to play universally praised moderator Chris Wallace and Alec Baldwin and Kate MicKinnon returned to their roles as the presidential hopefuls.