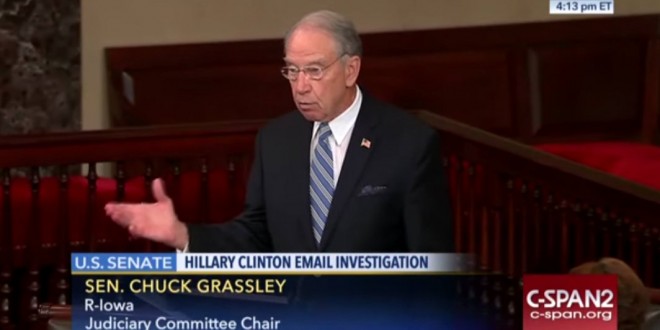 The FBI’s disclosure of the discovery of additional potential evidence in the case of Hillary Clinton’s use of a private email server was unfair to the Democratic presidential nominee, the Republican head of the Senate Judiciary Committee said Monday.

Sen. Chuck Grassley (Iowa) wrote in a letter to FBI Director James Comey that his announcement less than two weeks before Election Day “did not go far enough” in providing details about the emails, which were discovered by agents investigating an unrelated case.

“Unfortunately, your letter failed to give Congress and the American people enough context to evaluate the significance or full meaning of this development,” Grassley wrote. “Without additional context, your disclosure is not fair to Congress, the American people, or Secretary Clinton.”