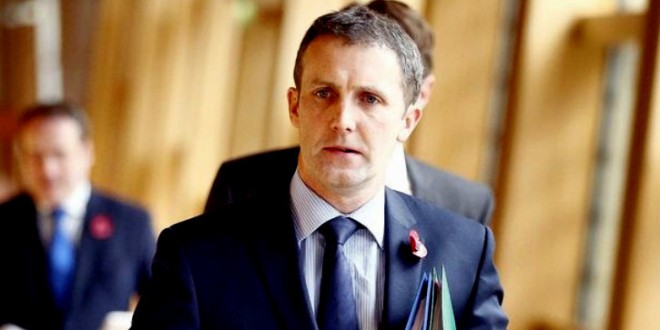 There was controversy after an SNP members’ bill on the topic was “talked out” at Westminster, with Theresa May’s government preferring its own plans. Justice Secretary Michael Matheson said Scottish-specific plans would be made.

Changes to legislation at Westminster would not apply automatically in Scotland, with justice a devolved area. Private homosexual acts between men aged over 21 were decriminalised in England and Wales in 1967, but the law in Scotland was not changed until 1980.

Mr Matheson said it was “shocking” to consider that consensual sex between men was only decriminalised in 1980, and ages of consent not equalised until 2001. He said he was working with Police Scotland to have convictions disregarded, with an “automatic pardon” for those convicted of now-legal activity.

He said people would be treated as if they had never been convicted. Pressed by Ms Dugdale on whether men would also receive a pardon, the justice secretary said this should be considered alongside new legislation.

Under the pending UK bill, surviving men convicted under the law would have to apply for a pardon, but that will likely change. Some survivors say they don’t want a pardon, they want their records expunged with a formal apology.