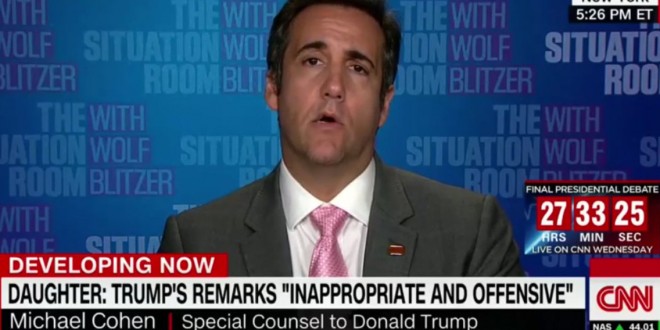 Trump Organization attorney Michael Cohen, who earned widespread ridicule with his now-infamous “says who?” meltdown, appeared on CNN this afternoon to play down Donald Trump’s repeated assertion that the women who have accused him aren’t pretty enough to assault. Cohen: “Mr. Trump is trying to say they’re not somebody that HE would be attracted to. The whole thing is nonsense.”