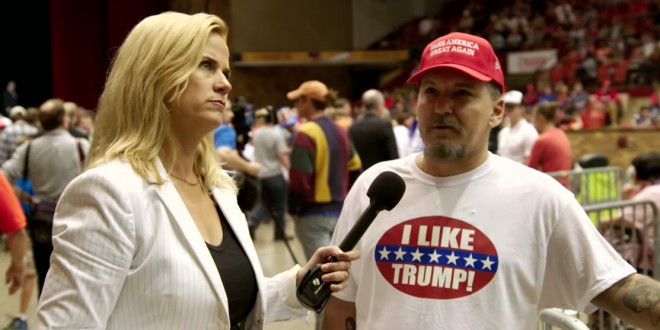 So you don’t think the fix is in on the presidential election? Then you’re not living in Trump Country. In a jaw-dropping segment Wednesday on “Full Frontal,” host Samantha Bee sent correspondents to talk to Donald Trump supporters who are convinced that the election is rigged.

Which makes sense, given that the Rebublican presidential nominee has repeatedly fanned paranoia about voting fraud in case he loses. Correspondent Allana Harkin said to one conspiracy-convinced Trump loyalist in a “Make America Great Again” cap, “So it’s rigged if Hillary wins but not rigged if Trump wins?” “Exactly,” the man replied.