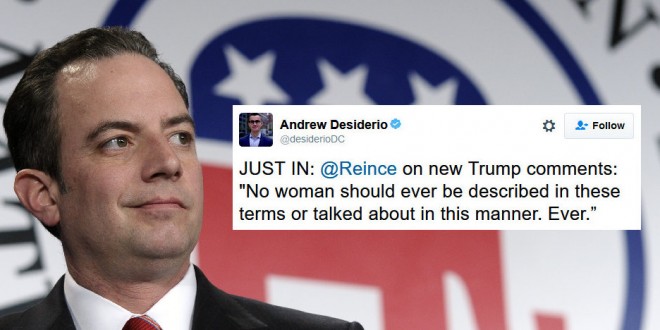 Republican National Committee chairman Reince Priebus, to his credit, tonight issued a terse and pointed reaction to Trump’s #Pussygate scandal: “No woman should ever be described in these terms or talked about in this manner. Ever.”

His statement stands in stark contrast to the gallery of Trump rogues now flooding onto cable news, where they are falling over each other to make insane excuses, most of which boil down to, “But…but…but…BILL CLINTON!”