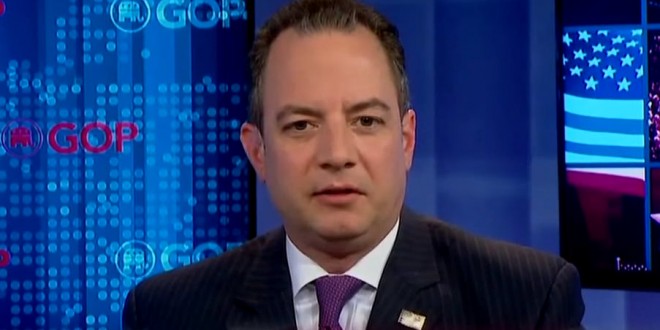 “The FBI’s decision to reopen their criminal investigation into Hillary Clinton’s secret email server just 11 days before the election shows how serious this discovery must be,” said Chairman Reince Priebus in a statement shortly after news broke about the FBI’s action.

“This stunning development raises serious questions about what records may not have been turned over and why, and whether they show intent to violate the law.”

“What’s indisputable is that Hillary Clinton jeopardized classified information on thousands of occasions in her reckless attempt to hide pay-to-play corruption at her State Department,” Priebus continued. “This alone should be disqualifying for anyone seeking the presidency, a job that is supposed to begin each morning with a top secret intelligence briefing.”

To review: emails Comey referenced in his letter —