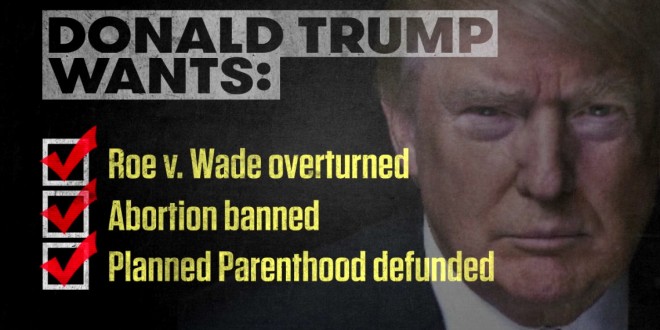 Planned Parenthood Ad Hits Trump On His Own Words: There Has To Be Punishment For Women [VIDEO]

If Planned Parenthood’s super PAC has its way, Donald Trump’s own words about abortion will sink him with swing women in three key battleground states next month.

The spot — which will run through November 8 on Facebook, Instagram, and pre-roll — opens by replaying an exchange that became a point of contention at Tuesday night’s vice presidential debate.

Accompanied by dramatic music, the video shows Trump telling Chris Matthews, “There has to be some form of punishment” for women who have abortions, while text on the screen proclaims, “When it comes to health, politicians shouldn’t make decisions for us.”