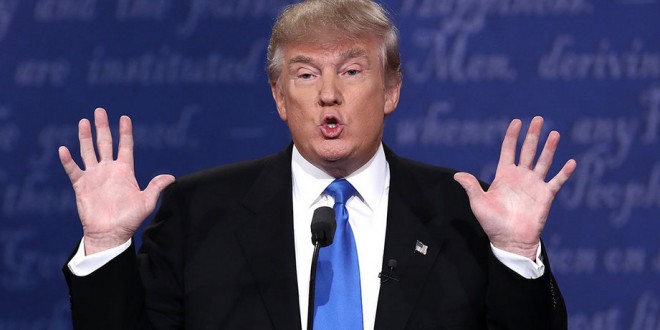 People Magazine: We Have Six Witnesses That Back Up Our Reporter’s Story About Trump’s Attack On Her

Six colleagues and close friends who corroborate former PEOPLE writer Natasha Stoynoff’s account of being attacked by Donald Trump in 2005 are now coming forward. Among them is a friend who was with Stoynoff when she ran into Melania Trump later in N.Y.C.

The wife of the Republican nominee denies meeting Stoynoff after the attack, but Stoynoff’s friend Liza Herz remembers being there during the chance meeting. “They chatted in a friendly way,” Herz, who met Stoynoff in college, says. “And what struck me most was that Melania was carrying a child and wearing heels.”

Stoynoff’s story, which made national news when it broke last week and is reprinted in this week’s issue of PEOPLE, describes a run-in with Trump when she was covering him and pregnant wife Melania on assignment for PEOPLE in December 2005.

Stoynoff’s former journalism professor, Paul McLaughlin, says that the writer called him in tears looking for advice the very night of the harrowing encounter. However, he cautioned her to remain quiet in fear of how Trump may retaliate. “She wasn’t sure what she should do,” McLaughlin recalls. “I advised her not to say anything, because I believed Trump would deny it and try to destroy her.”

Trump has declared that Stoynoff is too ugly for him to have assaulted. Hit the link for the accounts of the other witnesses.