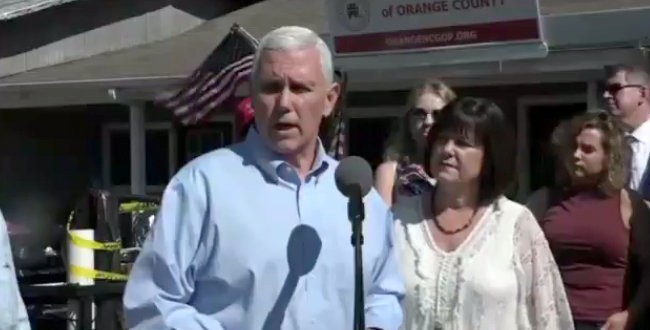 Indiana Gov. Mike Pence today grandstanded in the burned-out ruins of the North Carolina GOP office that was firebombed this weekend, declaring that this “political terrorism” would have had much greater media attention if the target had been a Democratic office. Responding to a reporter’s question, Pence then doubled-down on yesterday’s call for Trump supporters to “peacefully” monitor voters at the polls. Watch below.

.@Mike_Pence on the firebombing of N.C. GOP office: “This was an act of political terrorism” pic.twitter.com/Axq9cMybVd