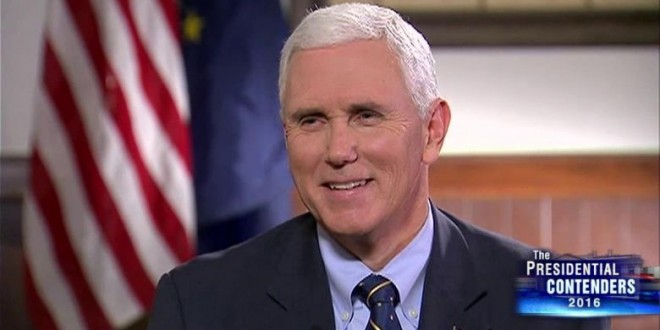 Despite what his running mate has said regularly on the campaign trail, Republican vice presidential nominee Mike Pence said Friday morning that he does not expect widespread voter fraud to steal the election out from under the Republican ticket.

“What I believe is, obviously, George, you’ve been at this a long time, there certainly have been instances throughout our lifetime and throughout history of voter fraud,” Pence told ABC’s George Stephanopoulos in an interview on “Good Morning America.” “But not that could change a national election,” Stephanopoulos interjected.

“Well, I don’t anticipate that that’s the case,” Pence replied. “But it’s a good time for people whether you’re Republican or Democrat or independent, to find a respectful way to participate in the election process, to vote and also to be a part of the polling.”