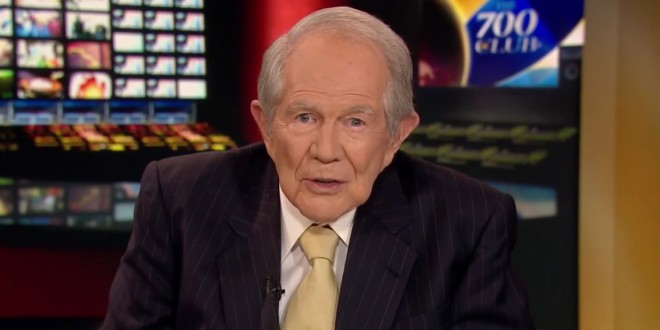 Pat Robertson on Monday declared that Donald Trump was the “clear winner” of Sunday night’s presidential debate, and the televangelist asserted that the GOP candidate’s admission that he groped women was simply “macho” talk.

“Trump was the winner,” Robertson opined on his 700 Club television program. “Basically, the pundits were writing him off.”

The TV preacher argued that Trump was like the mythical Phoenix because he had performed well at the debate just days after the leak of a video tape, in which the Republican nominee bragged that he could grab women “by the pussy” without their permission because he was a star.